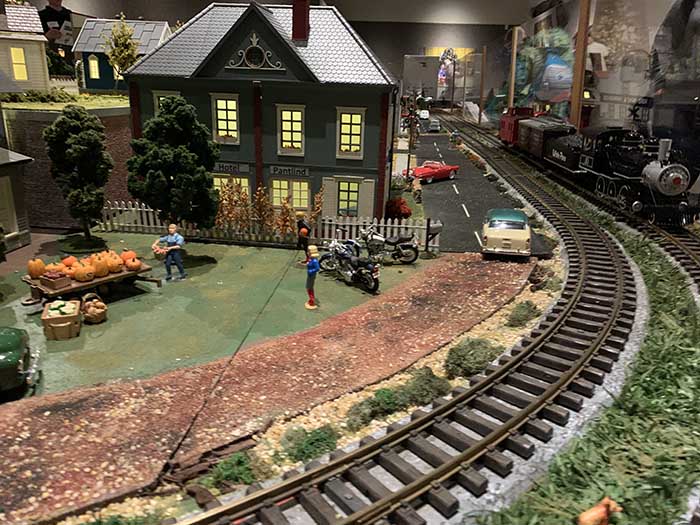 For nearly thirty years a whimsical miniature train display brought families and train enthusiasts alike to the Breton Village Mall each holiday season. The train set was created and maintained by Herb DeVries and his family, who poured endless hours of their time and talent into the display, simply because it brought joy to others.

The train quickly became a treasured holiday tradition for families all over West Michigan.

When the mall closed to be redesigned into an outdoor retail space, it was clear that the train would need a new home. By this time, Herb and Shirley DeVries had become unable to put in the immense amount of labor to keep it running and the train display was put into storage.

One holiday season without the train was clearly one too many for the West Michigan community.

Over the last few years the display has come to include many nods to Gerald R. Ford’s life in Grand Rapids, including South High School, Bill’s Place diner, the Quonset hut used in his congressional campaign, and even a miniature version of the iconic statue that greets visitors outside of the Museum.

Now in it's fourth year at the Museum... and with a brand new name!

To learn more about the heartwarming story of the train and its journey to the Museum, click here.