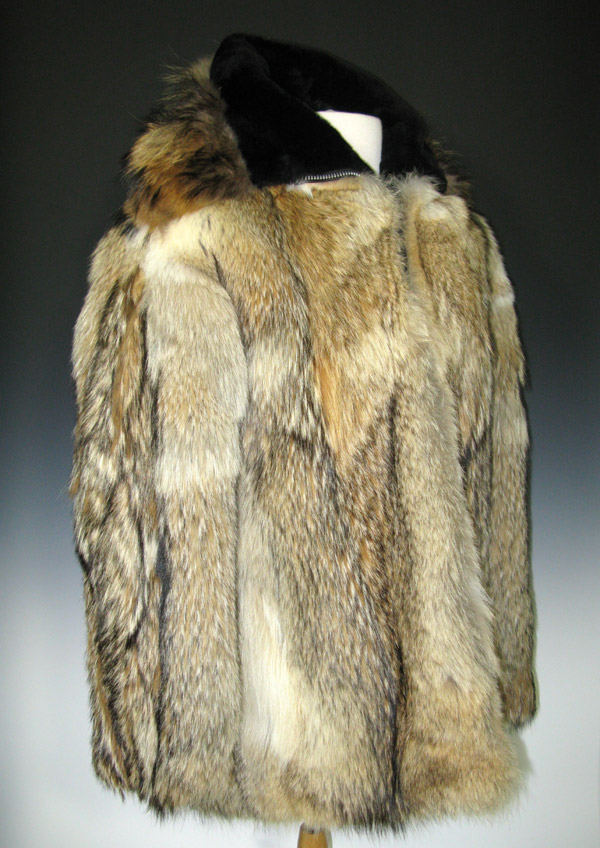 President Gerald Ford received a wolf-skin fur coat from his friend, Jack Kim, an Alaskan furrier, when Air Force One stopped in Anchorage to refuel. It was mid November 1974, and Ford was headed to Japan to meet Emperor Hirohito and then to the Siberian town of Vladivostok to meet General Secretary Leonid Brezhnev. The coat, made of mottled grey, brown, black, and white fur and lined with black quilted polyester, would keep the president warm in snowy eastern Russia.

President Gerald R. Ford met with Leonid Brezhnev, and Foreign Minister Andrei Gromyko in Vladivostok on November 23, to discuss a nuclear weapons agreement. The first agreement between the two countries, SALT I, was made in the spring of 1972 and froze the number of land and sea missiles on each side. With this temporary agreement (scheduled to end in October of 1977), the Soviets could deploy 2,360 missiles, while the U.S. could deploy 1,710. President Nixon unsuccessfully attempted to make a permanent agreement between the two countries in 1974.

Ford and Brezhnev and their teams of advisors worked to reach agreements to limit the arms race between the nations. The day-long visit ended with both leaders signing a communiqué pledging pursuit of a new strategic arms limitations agreement. While taking a break from the meeting, Brezhnev gave President Ford a portrait of the US President carved in wood. “It was a marvelous work,” Ford recalled, “but it did not look like me.” This carving is preserved in the museum’s collection.

As Ford was ready to leave Vladivostok, Brezhnev walked the President up the ramp to the airplane. During the trip, Ford had noticed Brezhnev “eyeing enviously” his fur coat. Just before boarding Air Force One, President Ford took the coat off, and gave it to Brezhnev. “He put it on and seemed truly overwhelmed.” President Ford wondered what he would tell “my old friend Jack Kim about his Alaskan wolf coat?” The jacket in the museum’s collection is a replacement jacket given to Ford by Kim.

Despite President Ford’s good intentions when he presented the fur coat to Brezhnev, angry letters soon filled the White House mailing room. Conservation was an issue, as wolves in the lower forty-eight states were listed as an endangered species. However, the Alaskan timber wolf, some 50,000 strong, was not endangered.