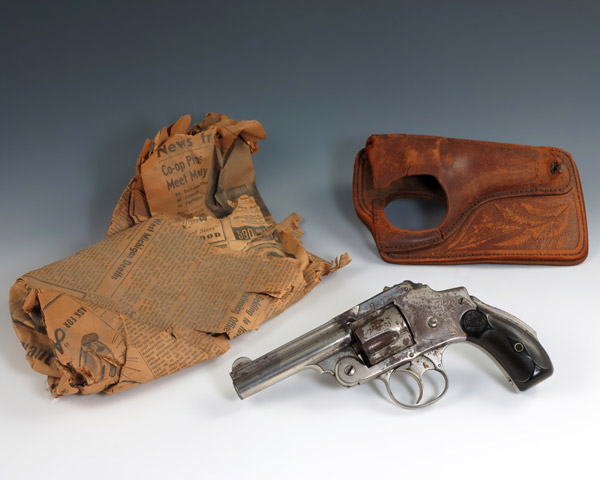 Gerald R. Ford developed an interest in government and politics from an early age due to his stepfather's participation in local politics. His stepfather, Gerald R. Ford, Sr., became active in the Grand Rapids political scene during the 1930s and 1940s. At that time, Frank D. McKay (known as "Boss" McKay to many) had tremendous influence over the region's politics. McKay, a self-made millionaire, built a political machine that came to dominate the state. His activities eventually began to run afoul and he found himself indicted in federal court. Several mysterious deaths and one gangland-style murder of a state senator (only days prior to testifying before a grand jury) implicated McKay in the minds of many. Lack of evidence prevented him from being charged.

It was within this climate that Gerald R. Ford, Sr. became chairman of the Kent County GOP in 1944. He secured the post through the help of a local political action group known as the Home Front. McKay's tight control over the state's Republican Party led to the formation of this opposition group in the early 1940s. It included locals W. B. VerMeulen, Paul G. Goebel, John B. Martin, and John R. Stiles. Ford, Sr. was well aware of McKay's reputation and how he dealt with opposition. As Gerald R. Ford, Jr. revealed in his later autobiography, McKay was a "strong believer in patronage, he was powerful, arrogant and dictatorial. Intimidation, not persuasion, was the secret of his success, and if he wasn’t well liked, he was certainly feared."

To offer some protection in this highly volatile political climate, Ford, Sr. bought a handgun. He wanted to help ensure that no harm came to his family from his political opposition to the party boss. Three of his four sons were serving overseas during World War II at that time. Dorothy Ford apparently did not feel comfortable with a loaded gun under her husband’s pillow each night. Family lore has it that she issued an ultimatum, so Ford, Sr. wrapped it in a newspaper and stowed it away under floorboards in the attic.

Nearly a half-century later, Richard Cooper bought the East Grand Rapids home the Fords resided in during the 1940s. While remodeling the attic in 1989, he discovered a .32 caliber Smith & Wesson revolver. It was housed in a custom holster (that allowed it to be fired while holstered), wrapped within a January 6, 1944 issue of the Grand Rapids Herald. Mr. Cooper recently donated the revolver, holster, and newspaper wrapping to the Gerald R. Ford Presidential Museum.